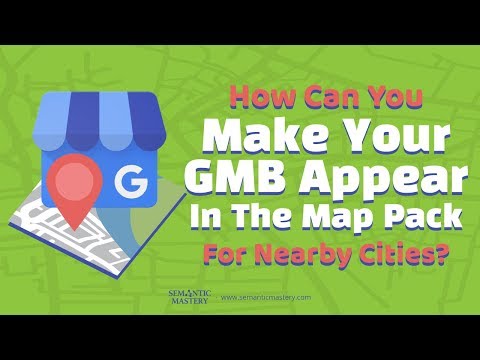 In episode 182 of Semantic Mastery's weekly Hump Day Hangouts, one viewer asked how to make your GMB appear in the map pack for nearby cities in addition to those of GMB-registered cities.

This might be a little off-topic from JUST SEO, but I'm trying to confirm.

I have an HVAC client that's ranking well in the 3-pack in his GMB registered cities. He wants to spend some money on Adwords and try to show up in nearby cities' Map Packs. It's my understanding that Adwords uses the Location Extension to get a listing to show up in the Map Pack, so there is no way to appear in cities where you don't have a GMB listing.

But… I've seen listings of his competitors who have a GMB in the MAJOR CITY but are appearing in the Map Pack for a suburb, so it appears it is possible. And their ad listing actually shows the MAJOR CITY for location. Do you have any idea on how this might be accomplished?