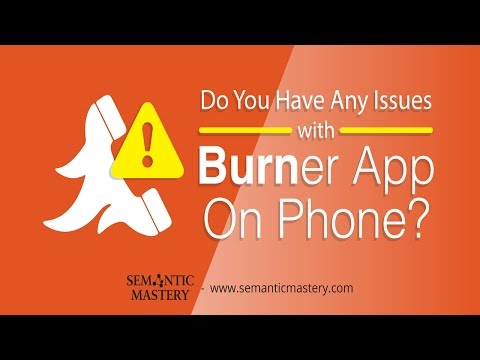 In episode 115 of the weekly Hump Day Hangouts by Semantic Mastery, one viewer asked if the team had encountered problems with burner app on phone.

Hi guys, couple quick things. First, I'm testing out Megarray- was impressed I put in a ticket and they called me on the phone. Pretty decent support! Will report back after some tests. Next, anyone have issues with burner app on phone sometimes not working with Google coming back and saying this number is not valid? Finally, I just finished watching the YT Silo course- GREAT STUFF!