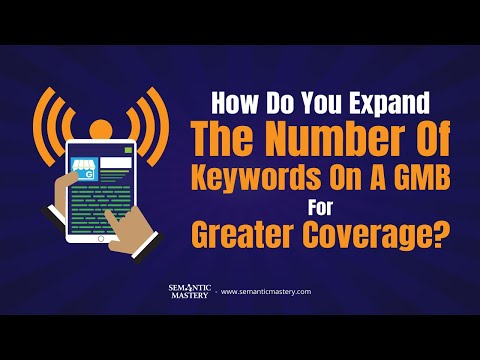 In episode 215 of the weekly Hump Day Hangouts by Semantic Mastery, one viewer asked how to expand the number of keywords on a GMB for greater coverage.

I've explored different niches, done the keyword research to see (according to Google Ads) that traffic projections and with a 13% conversion for phone calls, the math would yield X numbers of lead per month.

This X number of leads per month in some niches can be dissapointed to say the least – the value & effort ratio is missing. For example, I worked on a local niche that after everything is said and done, I would be expecting to generate 1 lead every 2 months using 25 or 30 keywords in my initial effort with a GMB. It wasn't until I would expand the keywords to 600+ keywords where I could generate 80 phone call per month (now we're talking some $).

So can you comment on this call flow and how to expand the number of keywords on a GMB for greater coverage?