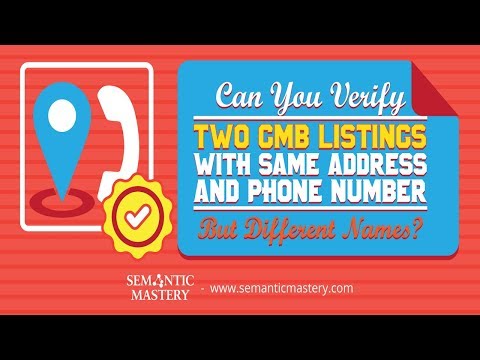 In episode 145 of Semantic Mastery's weekly Hump Day Hangouts, one viewer asked if one can verify two GMB listings with the same address and phone number, but different names.

Can we verify two GMB listings in the same location by putting the same Address and Phone number on the listing but changing the Name to better be able to rank for another keyword? For example, lets say client's current lisitng in “”Plumber Bronx”” which he is ranking well for but he also does Guter cleaning, so cant we send to same location with all info same and just put name as “”Gutter cleaning Bronx”” ? Thanks