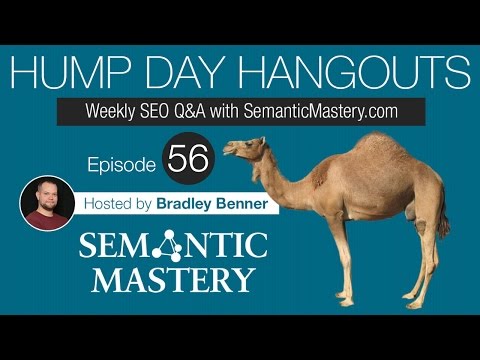 Full timestamps with topics and times can be found at the link above.

Adam: Hey, everybody. Welcome to Hump Day Hangouts episode 56. Today is hopefully going to be humorous because I’m laughing and it makes no sense to you because we just started. But it is the second of December and we got full crew here so how’s it going, everybody? Hey, Hernan. How’s it going?

Hernan: Hey, guys. Hey, everyone. It is really good to be here.

Bradley: hey, guys. It is December, can u believe it? Christmas is coming and it’s almost the end of the year and it’s been a crazy year so wow. And we’ve had a couple of weeks of watching – we didn’t won last week, didn’t we?

Bradley: and it’s kind of a blur.

Adam:  and I think just correct me if I’m wrong, we haven’t slayed out the schedule set down yet but I think we are going to hit every Wednesday in December. Let me see if I’m lying here. Well, we got one on the 23rd and the 30th. We are going to have at least four episodes I think this month.

Adam: yes, not going to put us on the hook for more on that, we may have more.

Adam: Good deal. Alright. Everyone, I just wanted to tell you real quick, if you haven’t – I’ll put the link up there. I know a lot of you – I have a…

Marco: Everybody knows we are live, man.

Adam: That is awesome. There’s a very aggravated cat who is shortly going to go outside in the rain. Alright, anyway, let’s say, let’s talk about serious base real quick and a lot of you already signed up. But something we wanted to tell people about was just that its free account sign up. And we are going to start doing a better job of explaining what exactly search bases to new people. How they can use it, and then the services offered because we have been slowly ramping it up. We kind of brought it in, in September when we first started offering the network management services. And now that we’ve got video power house and we are looking to bring the link building, the network building in there.
END_OF_DOCUMENT_TOKEN_TO_BE_REPLACED